The James and Walter Cribben

For a more personal look at James and Walter Cribben 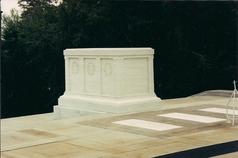 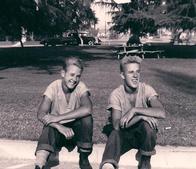 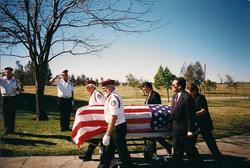 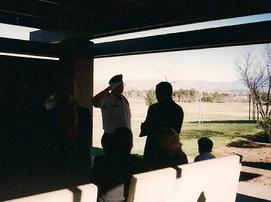 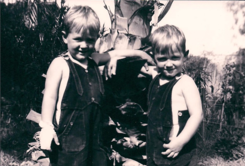 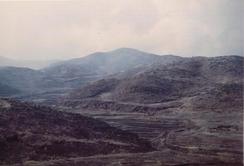 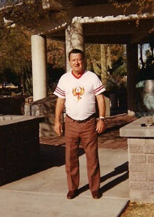 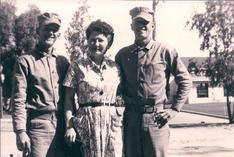 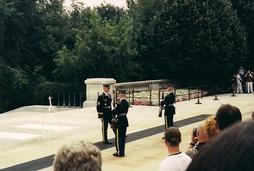 Shortly after boot camp, the two young Marines found themselves near the 38th parallel during the infamous “Hill” battles between North and South Korea.

The tough kids from the South Side of Chicago were not always inclined to follow orders. As identical twins, a coin flip between them often determined which Cribben would wear which uniform. One becoming the other and vice versa.    It was one of these coin flips that would forever change their lives.

It was late March, 1953 when James was ordered to the outpost known as Vegas. Walter would remain at the Main Line of Resistance as the “winner” of the coin flip. Walter watched as his brother moved, with forty other Marines and one Corpsman to the hill that lay some 1500 yards ahead.

At 7:00pm on March 26th they came. 3000 Chinese and Korean regulars assaulted the slopes of Outpost Vegas and soon over-ran the outnumbered Marines. For three days the hill passed back and forth until finally, after 6 feet of elevation had been bombed from the top of Vegas, the Marines retook the hill. Nearly all of the 40 Marines were missing or dead. The Corpsman would receive the Medal of Honor. James was nowhere to be found.

In an attempt to locate his brother, Walter moved forward, crawling in rice paddies and trenches until suddenly, a mortar landed nearby sending shrapnel into his hand. For the moment, Walter would be moved to the medical aid station behind the MLR.

It was during this recovery where Walter would wait for the dead and wounded to arrive. He spent several days at the aid station, unzipping body bags to reveal the unrecognizable remains of war fighters in a fruitless search for his brother. He stood guard at Freedom Bridge during a prisoner swap to see if James was among those being repatriated. He was not.

Walter’s superiors soon recognized the effects that war were having on him. It was determined he should be sent home and he was Honorably Discharged from service.

An intelligent and capable man, Walter returned to the states and tried to live a “normal” life. He married and had three sons. Though always successful in career endeavors, his survivor’s guilt finally caught up to him and in 1969 he suffered a nervous breakdown. He would spend the next 2 years in a mental health facility. During this time, he was subjected to 13 electro-shock therapies such as those seen in the movie One Flew Over the Cuckoo’s Nest. He would become sufficiently numb from the Librium, Thorazine and other medications that were prescribed for him that he was declared cured of his “nervous” disorder.

Walter was discharged and would soon return to work. A severe addiction to alcohol would ultimately cost him his job, his wife and for a time, his children. It was not until years later when Post-Traumatic Stress would be recognized. We finally had a real diagnosis! The Veterans Administration helped him receive disability and social security. Finally, he could focus on life rather than struggle to stay off the streets. He had the freedom to lock himself in his room for days at a time when the demons inside of him became overwhelming.

When Walter was feeling able, he would garden, shop for antiques and work to rebuild his relationships with his sons. Retired to the beautiful small town of Payson, Arizona, Walter ultimately suffered an Aortic Aneurysm (likely from the effects of alcohol) and then finally, lung cancer. He passed in 1999 with his three sons at his bedside. He lays in rest at Riverside National Cemetery, the home of the National POW/MIA Memorial.

His youngest son soon became involved in POW/MIA research and visited Washington D.C. regularly to meet with the Defense Prisoner of War/Missing in Action personnel office. To date, we have determined that of the more than 800 Unknowns interred at the Punchbowl Cemetery in Hawaii, perhaps as many as 28 of those were from the time and place of the battle for Outpost Vegas. My hope is that one day James can be identified in this group and returned to lie in restful repose with his brother. Is he interred at the Tomb of the Unknown Soldier in Arlington? Perhaps.

It is this experience that drives me to create the James and Walter Cribben Center for Veterans Affairs. Those that have suffered directly or as in my family's case, by osmosis, will understand why a facility of this kind should and must exist. 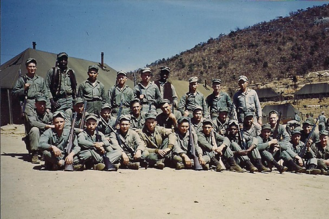 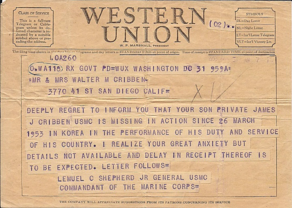 ​​Our goal of providing a permanent home for Veterans that have found themselves without shelter and living with the effects of Post-Traumatic Stress continues. Our goal for 2022 will be to continue on our mission, raising funds to find that forever home. Your support is truly appreciated.

We are a public benefit 501(c)3 non-profit corporation. Your public, private and corporate donations are tax deductible under IRC Section 170.

If you are thinking of making a donation, please check with your employer regarding matched donation programs!

Our site continues to receive a high amount of traffic as we now have had thousands of visitors.Your interest in helping Veterans is much appreciated.

Please visit our Donate page to make a difference as we work to develop a soft-landing for our warriors.

Thank you for your support!